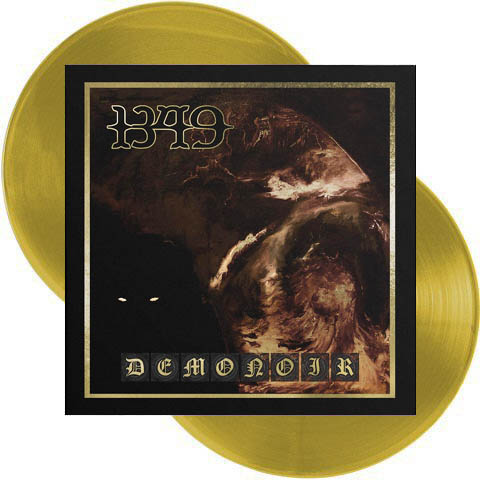 Demonoir is without a shadow of a doubt 1349s darkest, most sinister and brutal work to date, and in this case it comes to mean that the band has gone from the utterly extreme to the genre-expanding and mindboggling. Black Metal cannot, and will never be the same. For the bands fifth full length release 1349 decided to suck out the fiercest and most potent energies from every single member and surroundings, channeling it into songs that are pulsating with uncanny atmospheres, rawness and nerve shattering intensity. The whole process of getting the material on record was like one long, exhausting black magic summoning that could not be allowed to go wrong. The ritual resulted in 13 songs and a total of 49 minutes of the blackest metal. The location of the studio, Studio Studio Nyhagen, and its unique atmosphere, contributed a lot to providing 1349 with the right mindset and inspiration during the creation and recording of Demonoir. The ambience of this place far out in the woods of Norway played such an important role in the making of the album, that it felt natural to reflect this connection through taking the band picture in one of the rooms of the studio complex. The booklet furthermore contains a picture of the studio building with its imposing silhouette. Another key role as inspiration motivator and catalyst was carried out by Tom G. Warrior, who showed the greatest respect for the task. His technical role of the recording was that of a co-producer, but far more important was his presence and understanding of what a challenging project Demonoir was.