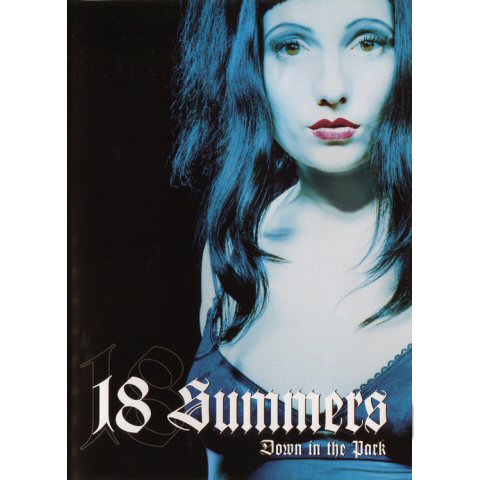 18 Summers ‎–Down In The Park dvd

18 Summer is the project of Felix Flaucher, previously singer of the band Silke Bischoff, and Frank Schwer who also worked in Silke Bischoff from 1993 as songwriter and guitarist. After a lawsuit in 2002 with partner Axel Kretschmann, who wasn’t in the band anymore, Felix and Frank changed the band name to 18 Summers. Flaucher and Schwer decided to re-release Silke Bischoffs only dvd release Down In The Park under the new name. This dvd features a live show recorded at the PopKomm in Cologne, Germany on the 16th of August 2001 with lots of bonus material. Anyone into synth-pop should check this band out as they blend goth, synthpop and folk music with lush acoustic melodies and haunting lyrics. The duo are using instruments from a string quartet, violin, to the acoustic guitar. Drawing influence from a broad spectrum of music in general. The songs are highly reminiscent of Wolfsheim, Project Pitchfork, David Bowie, and Dave Matthews. That falls into four completely different types of music.