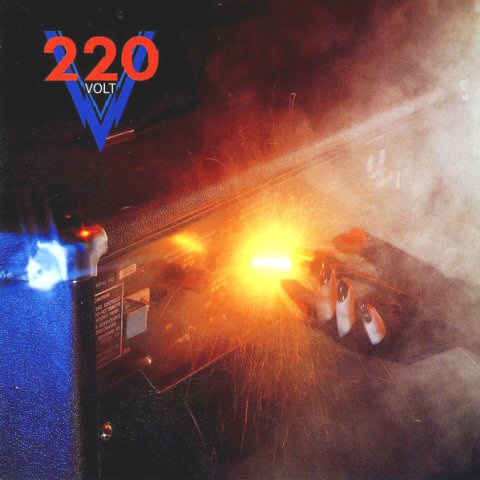 220 Volt was formed in Ostersund, Sweden in April of 1979. 220 Volt was always filled with tight musicianship that lacked the cheese factor, which performed great songs, kept their distance from the mainstream hair bands at the time, and became amongst one of the best bands Sweden had to offer during the 80s however they would get lost in the shuffle of other bands who favored commercial status. They released some demos and the very rare debut single ‘Prisoner Of War’ in 1982 before departing with vocalist Christer Asell (during the recording of the debut album). Drummer Peter Hermansson and guitarist Mats Karlsson both tried to do the vocal parts with not so good result. The band called their old friend Joakim Lundholm. Who thought they were kidding, but finally got the message and headed directly to the studio in Stockholm. When Jocke arrived the band finished the album with both recording and mixing in just 10 days. The end result is such a classic that I cant really understand why anyway would even try to live without it. The re-recording of ‘Prisoner Of War’, the speedy ‘Woman In White’, ‘Lonely Nights’ and so on still gets the blood to boil. This is just a proud moment in Swedish hard rock history. If you don’t have it then get it immediately.