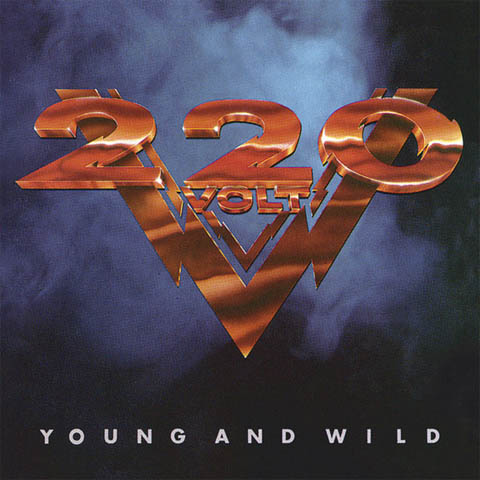 November of 1985 saw the release of a new 220 Volt single and this time it featured two new tracks that weren’t on any of the previous studio albums. This would be the last single the band did before entering the military service. The single was ‘High Heels’ and the idea would be that the label should release a sort of compilation album in 1986 to make sure the band wasn’t forgotten while they were away playing around in the woods instead of the stage. The compilation album ‘Young And Wild’ did happened and included some new material, some re-mixes of old songs and some single b-sides that were put on. However the label didn’t get it out until April of 1987 and by then the band had finished their duties. The band recorded new tracks like ‘High Heels’, ‘Young And Wild’, ‘Lorraine’ and ‘Children Of The Plains’. The three first tracks would be released as singles and the fourth would not make it onto the album but would be used as a B-side for the ‘High Heels’ single. The single ‘Lorraine’ became the bands biggest success so the label tried to follow it up by releasing ‘Young And Wild’ as a single too in October of 1987. It was backed by ‘Dreams’ from the ‘Young And Wild’ album. ‘Dreams’ was an old unreleased track recorded in the winter of 1984.