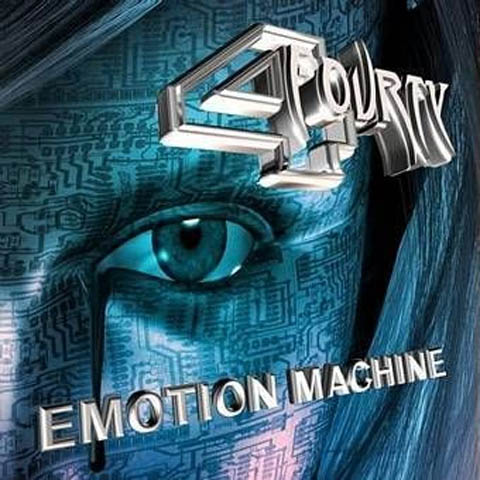 For those fans out there who love Concept albums in the vein of Queensryche’s Operation Mindcrime or Savatage’s Streets, this is the album for you!!! The story goes like this; David Ziegler, grew up in a small town, just outside of Cleveland, Ohio. He graduated from high school at the age of 13 and achieved a PHD in neuroscience at only 18 years old. An only child, he maintained a close relationship with his mother throughout his college years, through phone calls and emails. David never really had the chance to know his father, who would often be gone for weeks, or even months at a time. When he did come home, it was unpleasant. While in college, David met a woman by the name of Sarah Bradley. Sarah was a theoretical physicist, and had achieved remarkable progress in her field. After working together on many intense projects, the two quickly became the best of friends, and would often refer to each other, jokingly, as husband and wife. Upon graduation, David and Sarah received career opportunities that would separate them for more than twenty years. Due to certain national security implementations, and the political climate at the time, they would never be permitted to contact each other. David, now Dr. Ziegler, was employed by the government, and had set up life in southern Nevada. He had been working on brain wave translation experiments for years, and had been reporting minimal progress. Unknown to the government, David had come across a specific frequency, or rather a bio-electrical language, on which only the human brain was capable of transmitting and receiving. These commands controlled all bodily functions. Certain frequencies controlled the muscles, some the immune system, and others controlled the mind. Over the next few months, David became obsessed with the idea that if these frequencies could be decoded, and then manipulated, it would enable the mind to cure itself of any biological and neurological disorders. The need for conventional treatment would be obsolete. Immediately David knew he had to keep his discovery to himself, to ensure the proper implementation of such a revelation. As months passed, David kept detailed diaries of experiments he would conduct in his free time. He discovered that the relationship between the mind and body was one. The mind would send signals to the body, and would expect a report back, as to whether or not all was normal. If this signal or frequency was interrupted in any way, the mind would interoperate this as a resistant frequency. The brain would then be forced to investigate. If it concluded that it would not be viable to compete with a virus, disease, genetic defect, mental or biological defect, the brain would then order it’s host to “shut down.” It was this discovery that David was able to understand, and break the “bio-code.” This meant that he would not only be the most powerful human being on the planet, but he was theoretically “God.” Weeks had passed, and he was growing more concerned that his discovery would be unveiled and negatively exploited within the government. He had made the decision to try to contact Sarah after all these years. He knew how it worked, but lacked the knowledge to be able to implement it in a mechanical or physical environment. It was here that Sarah could take his idea and bring it to the next level. After several weeks of intense investigation, and seemingly endless government email searches, David had finally found Sarah. Ironically, Sarah was working less than half a mile away from him at the same facility. She had been contracted by the government to explore hardware applications in direct communication with the human brain. “Synthetic ESP.” After many encrypted emails, David was able to convince Sarah that it was actually him sending the messages. Soon they were able to communicate as they did years ago. It didn’t take long for David to fall in love with her all over again. Sarah soon followed with her aspirations of a life outside the “Government’s Watchful Eye.” David knew that if humans were to remain human, then he would have to go into hiding for the rest of his life, along with Sarah, although this seemed unrealistic. She agreed to see David, and discuss his theory. While David was on his way to rendezvous with Sarah, he was kidnapped by the CIA, and forced to hand over all of his research. He pleaded with them to reconsider, and threatened to go to the press. He explained that his research was only theoretical, and that the bio-code was not fully understood. It mattered not to the agents. The government was going to combine Sarah’s research with David’s, and use it to create a machine that could be used to control the emotions and health of soldiers on the battlefield. They could create the ultimate warrior, and an entire army void of emotion. David awoke hours later to the ticking of his watch, a severe headache, and numerous bruises. The CIA had intercepted Sarah first, and forced her to betray David. He knew that he would never be able to lead a normal life with Sarah. He called newspapers and other media personalities and tried to explain his “Emotion Machine,” but was dismissed as being unstable and unreliable. Frustrated and out of options, he made his way to Sarah’s apartment. Even with his advanced intellect, he could think of only one way out for both of them.