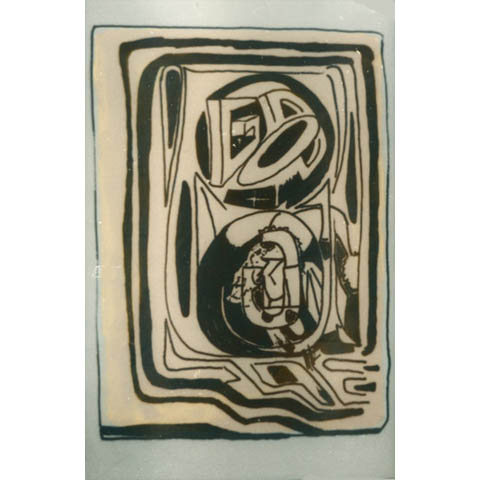 Swedish A.O.T, run by Fredrik Nilsson from Malmö, sure know how to produce everything from Drone to nosebleed Techno and that makes him a creative force to reckon with. On the A-side you’ll find 3 strong Techno tracks that’ll fit like a glove at any club not catering for the average Joe/Jane while on the B-side A.O.T serves up an almost 15 minute long epic nice Dub track taking you on a bubbly journey into a bag of crisps, that is if you understand Swedish. During his career he has touched on a broad range of genres, from dub-techno to ambient, jungle, drum and bass and dubstep, yes he’s even remixed Evanescence. The common thread is Nilsson does his upmost to put the listener somewhere awkward and unconventional; the references are familiar, but the viewpoint is totally new. His Alternativ Jul release offers everything from the jaunty distortion funk of Dans kring granen to 15 minute dub-forest epic, Annandag djungel. The former grunts and contorts with stop-motion style discord, each element overdriven to breaking point. In comparison the latter is a meditative, soul-searching affair, calling to mind the likes of T++ or Demdike Stare. Sandwiched between these two offerings we are treated to two burnout percussive assaults. Jungle Bells is a tarmac-shredding slab of dense atmospherics and pulverising low-end, while Elaka Tomten darts from the starting blocks with powerhouse kicks and unsettling pinch resonances. For a four-track cassette, its fair to say you get your money’s worth with Alternativ Jul. There is half an hour of music here, and as usual Nilsson’s approach to dance genres of all shapes and sizes offers ingenuity and oddball quirks at every turn. An exhilarating ride as ever.