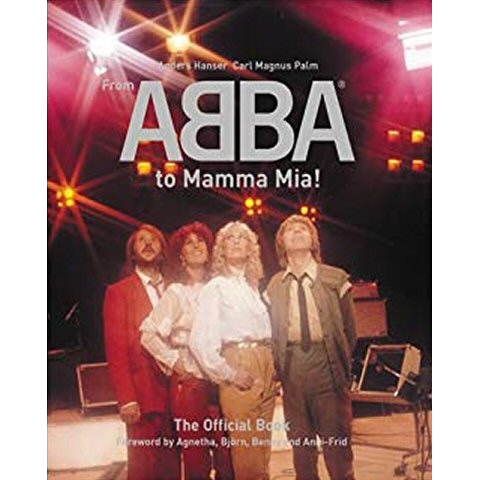 In the 1970s no group sold more records than ABBA. After they won the Eurovision Song Contest in 1974, Agnetha, Björn, Benny and Anni-Frid swept to international fame, topping the charts with an unbroken string of hits that have become classics. In recent years ABBA have enjoyed an unparalleled revival and the group is now more popular than ever before. The compilation ABBA Gold has sold millions of copies worldwide, and the phenomenal success of the musical and the movie Mamma Mia! – based on ABBA songs – has brought the group’s music to a whole new audience. This official book features more than 500 photographs taken by photographer Anders Hanser, a close friend of the band who had unprecedented access over more than twenty years. Many of the photographs have never been published before, making this a unique celebration of ABBA’s remarkable career. The authoritative text is written by Carl Magnus Palm, recognized as one of the world’s foremost ABBA historians, who had unrivalled access to the group and members of their entourage including costume designers, sound engineers and video directors. He gives a new perspective on the world of ABBA and presents a complete and vivid portrait of the group and its members: from their days as the biggest pop music phenomenon of the 1970s, through the solo albums and musical projects of the 1980s, to the success of Mamma Mia!

Authorised, definitive and essential, and with a foreword by the four band members themselves, From ABBA to Mamma Mia! is every fan’s dream book.