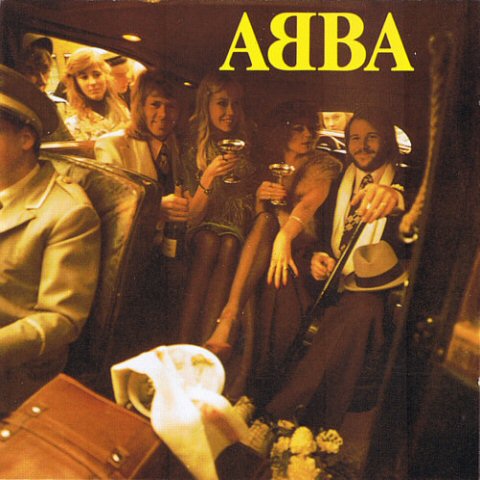 1997 remastered with 7 bonus tracks among them are Crazy World, a song from the sessions for the album later released as a B-side, and a medley of folk songs first heard on a charity album.

ABBA’s self-titled third album was the one that really broke the group on a worldwide basis. The Eurovision Song Contest winner “Waterloo” had been a major international hit and “Honey, Honey” a more modest one, but ABBA was still an exotic novelty to most of those outside Scandinavia until the release of ABBA in the spring of 1975. “I Do, I Do, I Do, I Do, I Do,” a schmaltzy tribute to the sound of ’50s orchestra leader Billy Vaughn, seemed an unlikely first single, and indeed it barely scraped into the Top 40 in the U.K. But in Australia, it topped the charts, causing the Australian record company to pull its own second single, “Mamma Mia,” off the album. This far more appealing pop/rock number followed its predecessor into the pole position Down Under and also topped the charts throughout Europe. “Bang-A-Boomerang,” another big production, was less memorable and had less of an impact, but “S.O.S.” brought ABBA back to big success in the U.S. and the U.K., pulling along the first two singles. Beyond these tracks, the none single songs showed off the group’s eclecticism, from the crunchy hard rock guitar riff that propelled “Hey, Hey Helen” to the ambitious instrumental “Intermezzo No. 1,” which showed off Benny Andersson and Björn Ulvaeus’ classical leanings and foreshadowed their bigger composing projects of the 1980s. ABBA was a surprisingly effective synthesis of pop and rock styles, surprising because the non-English-speaking world had not produced such effective Anglo-American-style contemporary music before, at least for more than a song or two.