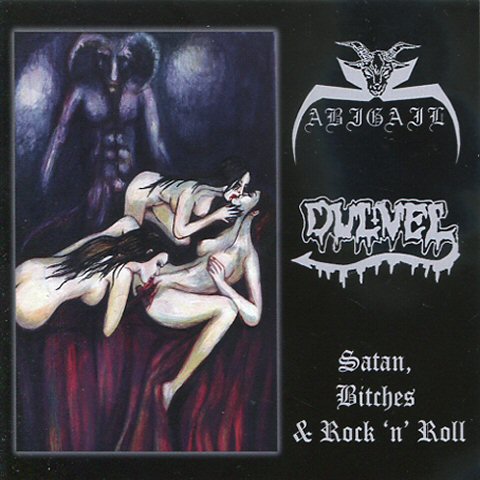 Split album between the Japanese blackened thrash metal act Abigail and the blackened speed punk act Dulvel. From the land of the rising sun comes one of the best blacking thrash acts to vomit upon posers and wimps. Abigail have made themselves a name upon the underground scene due to their furios music and record collector should have stumbled upon one of their releases at some point as they seems to be competing with acts such as Japaneese act Sabbat and Nunslaughter to name a few on whos going to be able to make the most releases before their career is over. Cool for some and a nightmare for others. Dulvel is a cool black rock n roll band from Bogota in Colombia that started back in 2011 and they have released a couple of split releases so far (at the time of this release).