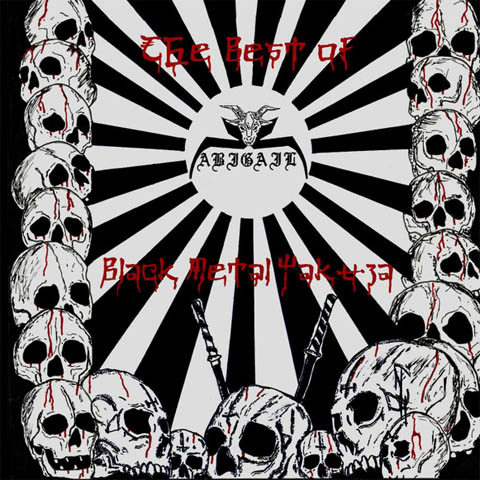 Beer! Metal! Sex! If these Japanese black thrashers had a war cry, this would be it. Self described as the most evil band in Japan Abigail formed in January 1992 by Yasuyuki (Bass/Vocal), Youhei (Drums) and Yasunori (Guitar). They were influenced by early black/thrash metal bands like Bathory, Venom, Sodom, Hellhammer, NME, Bulldozer etc. Since their first demo in 1992 Abigail’s output has been phenomenal. This compilation was first released in 2009 and this reissue comes with several bonus tracks so what we have here is 70 minutes of raw and dirty blackened thrash metal.