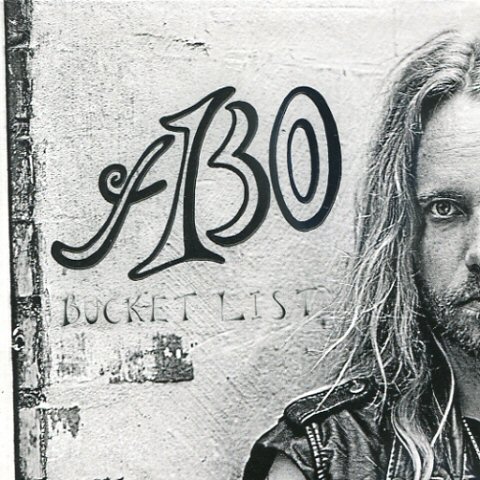 Abo is the pseudonym of Danish session musician Anders Bo, who boasts a ten year history of working with some of the biggest selling artists of the Danish scene (Medina, Stella Blackrose, Black City), along with a tenure alongside Marco Mendoza (Whitesnake, Thin Lizzy). ‘Bucket List’ is his debut solo album and while he is primarily known as a guitarist, the intention was to play all of the instruments himself and invite numerous vocalists along with the objective that the featured singer had to co-write their song. As Bo is a guitarist by nature, the temptation was obviously too great to not include some instrumentals; there are three here, but thankfully they’re all about melody and groove, and refrain from straying into tiresome twiddling territory, thus remaining highly enjoyable. However, it’s the seven vocal-led songs that are the true attraction, with a contemporary, yet highly melodic “radio friendly” outlook. ‘Bucket List’ was made in partnership with Soren Andersen (Mike Tramp, Glenn Hughes) and he contributes vocals to the classy ‘Shadow’, which is mid-tempo with acoustic guitars to the fore, whilst Thomas Karlsen (Karma Cowboys) delivers the thumping, riff-driven Rocker ‘Back To Me’. Rebecca Lou from Stella Blackrose (a band I think I need to investigate more after hearing this contribution) is featured on searing opener ‘Go Down’ which rides along on a Mark Tremonti-approved riff, and she comes over all Kelly Clarkson on the more groove-orientated ‘Grace’. She also delivers the album’s greatest cut ‘Stay’, a tune that hints at Halestorm at their most commercial. Elsewhere, Jenny Sjöwal and Celina Ree feature on the album’s two, somewhat melancholy, ballads, ‘Promise’ and ‘Cherry Trees’ respectively. Though featuring a number of styles and a selection of vocalists, ‘Bucket List’ is a cracker of an pop/rock album that gets better with each play, and ultimately never fails to deliver. Give it a try.