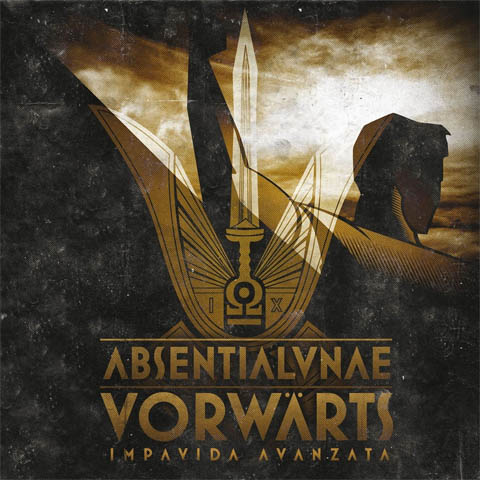 The Italian black metal act Absentia Lunae was put on hold for months in 2013 before returning with their third album Vorwärts Impavida Avanzata in 2014. This album comes with seven tracks of dark and negative black metal, with some avant-garde touches. Each song is here to force your mind to suffer and think about your end of life as it will evoke abstract darkness and deep thoughts inside your mind. Absentia Lunae have been always upfront in crushing the stagnant chaos of black metal to forge a new shape of music that capturing the essence of the most arrogant, elitist martial attitude of the darkest side can become a new manner to influence listener energy. Their mission starts where the father of avantgarde black metal failed, without wasting an inch of determination to the artistic goal due to selfindulgence, but looking to the point and to the final target, far beyond the shadow of any minimalist substance. The most revolutionary artistic movement of past century, the Futurism, raised from Italy becomes today a source of inspiration and reaction to the lack ofarrogance and pretension of today’s scene.