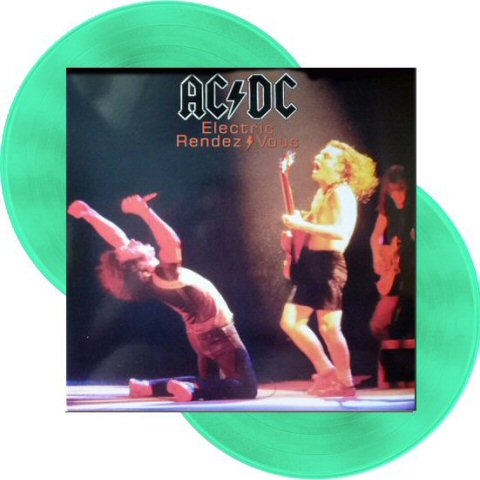 Ac/dc first tour with new vocalist Brian Johnson, who replaced Bon Scott after the latter’s death in February 1980. The band had released the mighty Back In Black album, an album that would become one of the biggest metal sellers of all time. The tour started out in Belgium on the 29th of June of 1980 for some warm up shows and would ran up to the last of February of 1981 when the band finished it all off with some dates in their home country, Australia. This album was recorded at Parc De Penfeld in Brest, France on the 23rd of January 1981, so among the last shows of the tour. For this tour the band travelled with a one-ton Hells Bell, which was lowered to the stage each night as the bell tolls of Hells Bells were heard. Johnson would finish it off with several hard hits, hammer in hand as the band commenced the show.