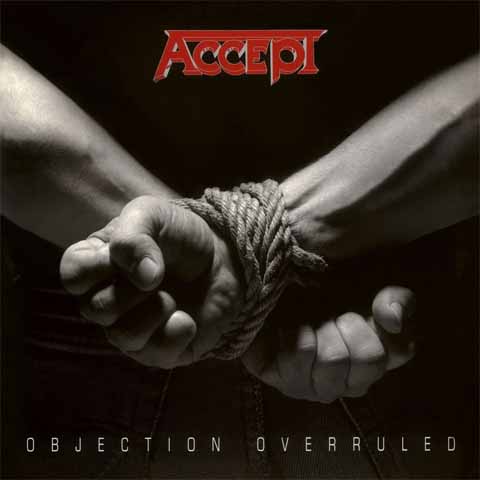 As various versions of Accept had been only sporadically recording mostly subpar material throughout the late 80s and early 90s, 1993s Objection Overruled — featuring an essential lineup and a sound quite reminiscent of the group’s most popular releases — is generally considered a strong comeback effort. Udo Dirkschneider’s return to the studio with essential members Wolf Hoffmann (guitars), Peter Baltes (bass), and drummer Stefan Kaufmann was indeed cause for excitement among the band’s worldwide audience, as it had been seven years since a lineup of this kind of legitimacy had produced a new disc. From the cover art to an almost identical sound and musical structure (most apparent in the opening guitar and drum strains of I Dont Wanna Be Like You), some not-so-subtle echoes of Balls to the Wall permeate Objection Overruled. Highlights include all of the record’s faster material. Songs like the title track and Sick, Dirty and Mean seem to suit Dirkschneider’s beyond-human vocals and Hoffmann’s equally blistering guitar tone much better than the mid-tempo and balladic numbers.