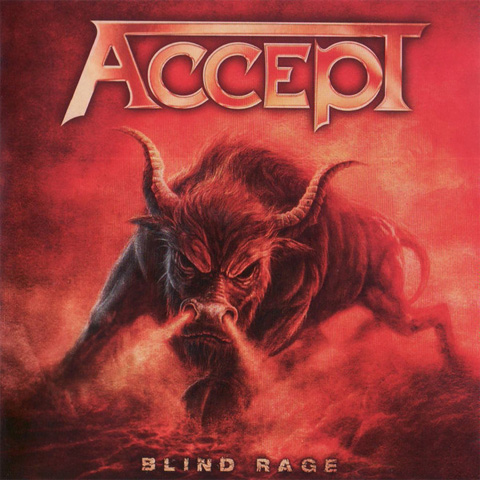 Blind Rage is the title of their third studio album since their 2010 comeback and fourteenth studio album of their career. The latest effort was again produced, mixed, and mastered by Andy Sneap (Exodus, Megadeth, Opeth, Arch Enemy). Proudly representing the Made in Germany trademark, Accept fashioned distinct musical blueprints that have influenced multiple generations of followers. They have kept their music and artistry relevant around the world and have overcome staggering odds to maintain international careers for over three decades. It is wild and scary and it’s called Blind Rage! The cover artwork done by Daniel Goldsworthy shows the beast coming over us – in blind rage – all over the planet. Wherever we go, whenever you turn on the TV, there is blind rage in the works – either natural catastrophes or man-made madness