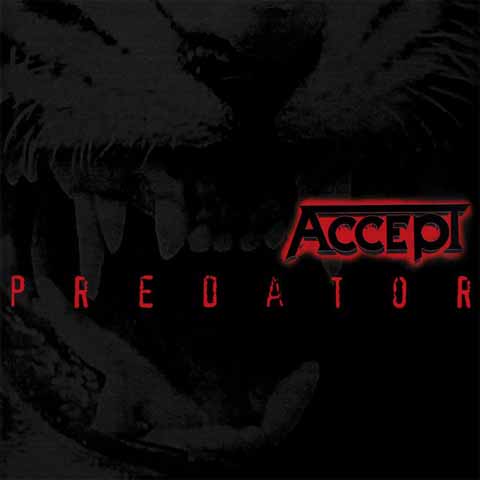 Concluding a stint of late-’90s studio recordings that steadily declined in quality, Predator is a bit of a swan song for Accept, and a rather lightweight one at that. Ex-Damn Yankees drummer Michael Cartellone joins a band lineup that thankfully includes vocalist Udo Dirkschneider and bandleader/guitarist Wolf Hoffmann, the key members responsible for Accept’s unique Teutonic metal bite. On Predator, however, that bite is mostly toothless. With just the slightest exceptions (specifically, “Crucified” and “Making Me Scream”), this Michael Wagener-produced disc sounds spiritless and redundant. Choruses are shouted gang-vocal style over and over again in an incessant attempt at anthemic metal, but the tactic only stiffens the already motionless music. There’s no momentum and no magic on Predator, a lifeless and unfortunate offering from one of metal’s finest outfits.