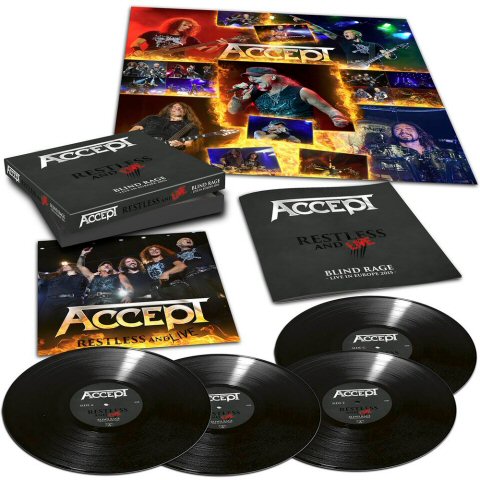 When heavy metal titans Accept returned to the stage in 2009, nobody knew that this reunion would also lead to a union of older and younger metal generations, nor that guitar matador Wolf Hoffmann and his fellows were just starting the most successful chapter of their band’s history. After nearly seven years, countless live sensations and three successful albums, with “Blind Rage” even achieving #1 in the official German charts, it is time: Accept have bundled the energy, the rage and the thunderstorm of their 40-year career into a new live album, for the first time since their comeback. Accept’s headlining show at Bang Your Head Festival 2015 has been immortalised for eternity. After watching and listening to this show the band agreed that this was the show that perfectly demonstrated the piercing force of the new line-up.