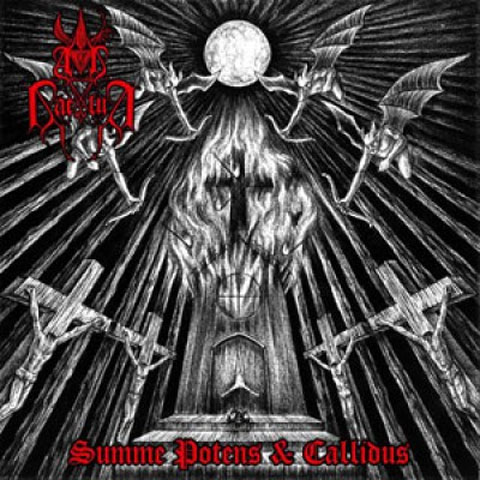 Ad Baculum from Salvador, Bahia in Brazil started back in 2010 and has been quite productive with a new album on average every other year. Their fifth album, Summe Potens And Callidus, was releaed in 2017. The band features Lord Hades (Meugninousouan) on vocals, the same guy who performed vocals on the album Wicca by Mystifier. Lord Hades says this about Summe Potens And Callidus album; I really like the result of what I did at Summe Potens And Callidus, even though I didn’t have enough time to fulfill all visions. I don’t think this is the band’s best album, I really like the chaotic atmosphere of Morbid End Of Cannibalistic Cosmos and I also like the musical evolution of Opening Tthe Abyss, as that was a work of a band and not just a one man project band. Ad Baculum follows the musical traditions of their country and play that kind of South American black metal that were made in Brazil a long time ago. Its intense and straight to the point and fans of Mystifier, Sarcofago, Blasphemy and Morbosidad will like this.