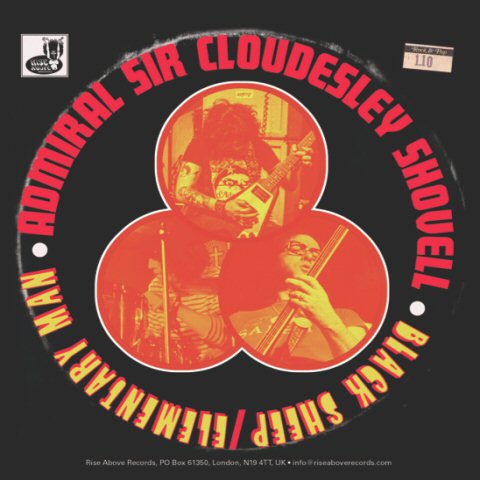 For those in the know, The Admiral Sir Cloudesley Shovell, are something of a British institution. Though they’ve only existed a few years, these Hastings greasers have gained a reputation as being one of the UK’s most entertaining Hard, Heavy and Rockin’ bands in existence. The Shovell belong spiritually to a time and place we’d all like to believe still exists somewhere – maybe that’s why their no-nonsense take on the progressive metal sound of the early-mid ’70s is so damn accessible. The two oil drenched nuggets of amphetamine fuelled grebo rock on offer on this single shows that the lads mission to destroy every sweaty shithole in sight with their relentless odes to drink, speed, weed n booze has taken more than a few staggering steps forward. .For fans of Dust, Sir Lord Baltimore, Buffalo, Rose Tattoo, Ac/dc, MC5, Budgie and Status Quo.