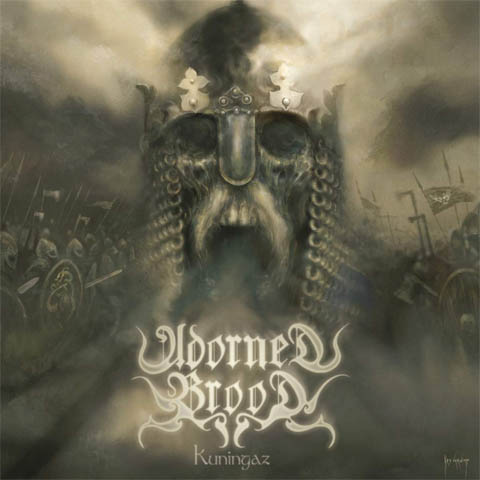 Adorned Blood is a German pagan folk metal act that has been around since 1993 and in al honesty they have never put anything even close to the quality of the music found on this release. For fans of the band we can keep it short, this one is for you. The album has everything that made Asgard and Erdenkraft such good albums and maybe even better. For you who are new to the band we can tell that this seventh studio album, Kuningaz, in some ways encompasses the bands 20 year existence in a nutshell. The album is without doubt a metal driven album that is primarily led by the wonderful flute playing of Anne Jepsen. The album is very melodic and the male choirs smoother and less gruff and epic like in the past. This time around all of the clean vocals are really terrific. Frost still does some black metal vocals, but they do seem a bit better, and there seem to be far less of them. There are traces of both melodic death metal and power metal and the flute and piano gives it a beautiful touch. Kuningaz is the bands best effort so far and it also ocmes with a nice cover artwork from Kris Verwimip (Suidakra, Absu, Melechesh). Guest musicians on the album include Mario Pontigo, Moritz Stübing from All Will Know and Florian Tamm from Black Unicorn.