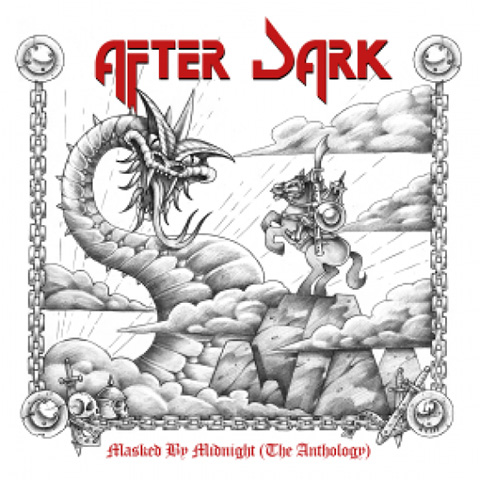 After Dark –Masked by Midnight (The Anthology) cd

NWoBHM era act created in 1979. After Dark issued two singles, 1980’s ‘Evil Woman’ and the promotion release ‘Deathbringer’ in 1983, but folded during 1985. Vocalist Steve Annets and guitarist Michael Hare formed Dangerous Age before reforming After Dark. Annets also served time with Moritz whilst Hare also held Ironheart credentials and drummer Adrian Metcalfe held ties to Dead Meat. After Dark signed to the European Art Of Music label for the only full lenght album ‘Masked By Midnight’ that emerged in 1995. After Dark’s sound on this album could be considered Hard Rock in the style of Ac/dc although a bit heavier. ‘Masked By Midnight’ is an enjoyable release which while far from being anything to be considered a masterpiece, is an enjoyable Heavy Metal album. The main improvement seen is in the riffs, which are heavier and more original, and are for the most part able to be milked without sounding overused. They are quite melodic as well, think of a cross between a watered down Ac/dc and Iron Maiden and you would get a good idea. Another plus is that the band sound more inspired this time around, with the lead guitarist pulling off some great leads.