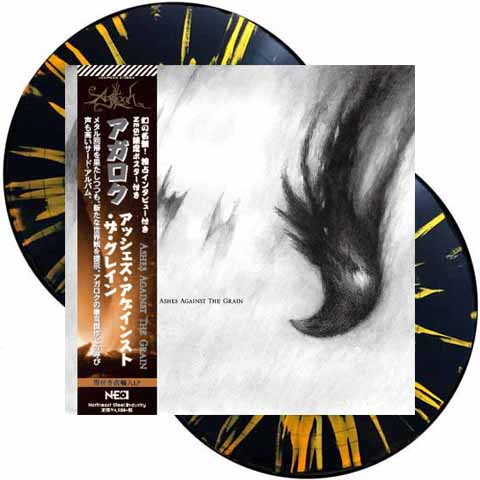 Thanks to a pair of brilliantly executed albums in 1999’s Pale Folklore and 2002’s The Mantle (plus 2001’s none too shabby Of Stone, Wind and Pillor EP), Portland, Oregon’s Agalloch became, quite possibly, the greatest American black metal band ever, or at the very least, the first American black metal band that really mattered! Such claims should not to be thrown about lightly, its true; but why measure words when faced with the worshipful fervor with which extreme metal fans embraced the enigmatic quartet’s inspired creations, featuring corrosive black metal spliced with delicate folk music into arrangements improbably fluid, majestic, and avant-garde? Oh, and the torturously long waits in between their releases didn’t hurt matters either, only fueling the notoriously withdrawn band’s budding cult legend, while their supporters dug in their heels for what wound up becoming an anxious, four-year vigil leading up to the arrival of Agalloch’s third magnum opus, 2006’s Ashes Against the Grain. Interestingly, as was the case with each previous effort, this offering displays marked evolution beyond its direct predecessor, so that, where The Mantle had incorporated ever-increasing doses of gothic and doom metal into Pale Folklore’s original black metal-folk template, Ashes Against the Grain contains even fewer lingering vestiges (no more female vocals, for instance) of those acoustic guitar-dominated, Scandinavian backwoods elements. Rather, ever-shifting yet still cohesive ten-minute monoliths like “Limbs,” “Fire Above, Ice Below,” and “Not Unlike the Waves,” generally make mere interludes out of their stark, echoing acoustic piano and guitar passages (though strikingly imaginative ones, at that); while vocalist John Haughm makes almost as frequent use of mellow, melodious tones as he does his signature black metal-style rasp. Actually, the latter vocal attack’s continued prominence is especially pertinent in the event that a song like “Falling Snow” — almost entirely definable as driving, gothic death metal — should provoke any pointless semantic discussions regarding Agalloch’s ultimate allegiance to black or death metal — those often bickering, but inextricably cross-pollinating pillars of musical extremity. Not only for the obviously unnecessary nature of such Byzantine nitpicking, but because Agalloch’s unique talents for evoking a constant sense of mysterious, atmospheric, ambiance supersedes most simplistic musical pigeonholing as black, death, or any kind of metal. A visible thread linking their entire body of work so far, this sense of mystery is epitomized by Ashes Against the Grain’s three-part closing suite, which culminates in the cathartic climax of “Bloodbirds,” and sets the stage for yet another stretch of painful expectation for that next, as yet unwritten chapter in their fascinating evolution.