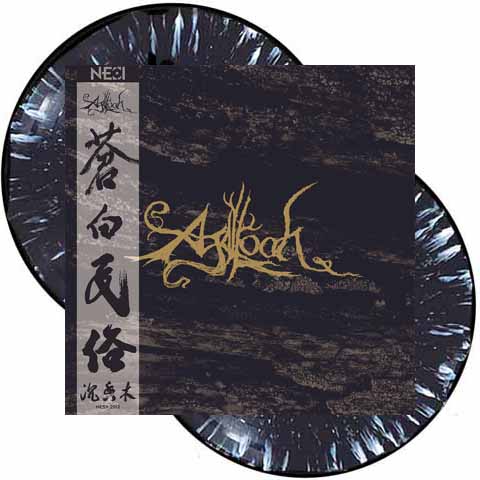 Not only was Agallochs Pale Folklore an astoundingly ambitious and accomplished debut, it made for a stark geographical anomaly, since its eclectic, avant-garde folk-metal was the sort of thing one would expect to emerge from Scandinavia — not Portland. Epic, atmospheric, deeply melancholy, yet extremely heavy, its songs showed the same level of daring cross-pollination as those of Norways Ulver or Swedens Opeth, as well as off-the-beaten-path experiments with folk music forms pioneered by Finland’s Amorphis, among others — yet unquestionably treaded its own, unique path. The album’s fascinating journey begins with the three-song suite titled The Painted Fire Across the Skyline, featuring forceful, driving power chords, elegiac melodies on acoustic guitar and piano, and half-whispered, half-screamed vocals backed by mood-enhancing icy winds. Next (and get a load of these titles!) comes the astonishingly beautiful The Misshapen Steed, alternating painfully sparse keyboard tinkling with lush mock-string orchestrations; followed by a return to more energetic dark metal intercut with melancholy quiet passages on stunning achievements like Hallways of Enchanted Ebony, Dead Winter Days and The Embers Dress the Sky. Finally, colossal closer The Melancholy Spirit brings all of these elements around for one final, inventively varied go-round, while also introducing an odd, choppy guitar figure reminiscent of the Police! All in all, and with or without its folk subgenre connotations, Pale Folklore was as important a black metal album as any American band ever produced; and arguably one of a handful that helped launch the country to worldwide respect in this arena for the new millennium, whereas before Agalloch, most bands had been mere apprentices to the Scandinavian masters.

Track listing:
1. She Painted Fire Across the Skyline
2. The Misshapen Steed-instrumental
3. Hallways of Enchanted Ebony
4. Dead Winter Days
5. As Embers Dress the Sky
6. The Melancholy Spirit