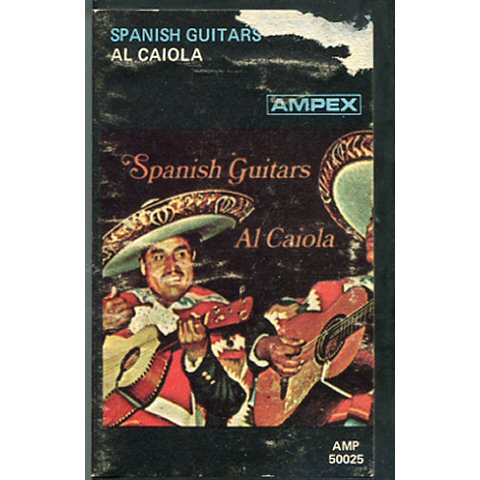 Reduced price due to sticker damage on front cover

Guitarist Al Caiola initially made his reputation as a session musician, playing on records made by Percy Faith and Andre Kostelanetz, among others. Caiola was the conductor and arranger for United Artists Records in the late ’40s and early ’50s. After leaving UA, he signed with RCA, where he released a number of singles in the ’50s. In the early ’60s, he went back to United Artists, which is where he scored his first hit with the theme to the film The Magnificent Seven. The single peaked at 35 in early 1961 and it was quickly followed by the theme to the television series Bonanza, which climbed to number 19. For the rest of the ’60s, Caiola released a number of easy listening instrumental albums and also hosted a television show, which was only aired for a short while. Caiola continued to record throughout subsequent decades; he died in Allendale, New Jersey in 2016 at the age of 96.