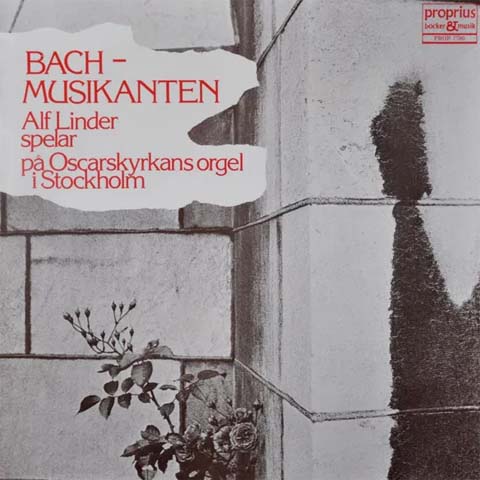 The Swedish organist and professor Alf Linder (1907-1983) loved Johann Sebastian Bach and learned how to play his music at an early age. Alf Linder was married to the music director Judith Linder, who was cantor in Maria Magdalena church in Stockholm. After studying at the Royal Academy of Music’s conservatory in Stockholm and in Germany, he became an organist at the Oscar Church in Stockholm and a teacher and later a professor at the Royal Academy of Music in Stockholm. Together with the organist Gotthard Arnér, he was a driving force in the Swedish part of the organ movement. He was the first in Sweden to play concerts with all of Bach’s organ works. As a teacher, he came to exert a very large influence on many organists who were trained in Sweden for almost 40 years. The material on this album was recorded at the Oscar Church (Oscarskyrkan Stocholm) during three days in 1977 and is a good testimony of Alf Linders amazing playing and his love for Bach.