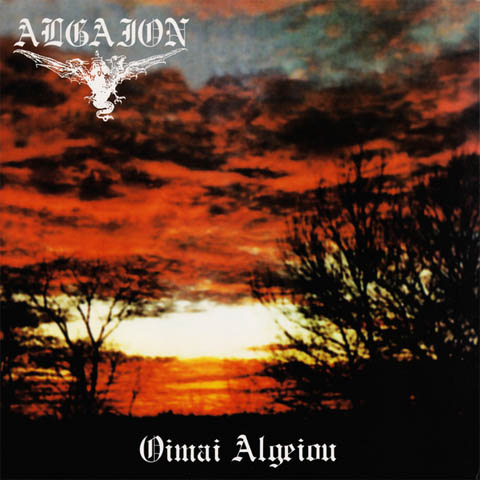 The Swedish black metal band Algaion was formed in the early autumn of 1993 by Mathias Kamijo and Mårten Björkman who had been playing together for several years in another band called Abemal. Mathias had felt that the music he wanted to make didn’t fit the concept of Abemal and therefore he formed Algaion as an outlet for his own musical ambitions. In October they recorded a demo that they released in only 30 copies of which one happened to end up in the hands of Jon at the American label Full Moon Productions who signed the band and released their debut album Omai Algeiou in November of 1994. The album has waves of mournful minor key chords, with the occasional thrashy break down that also manages to remain quite soaked in grief. The vocals is some grim black metal rasp and there are also occasionally some very beautiful and haunting female vocals which do go well with the bands overall sound.