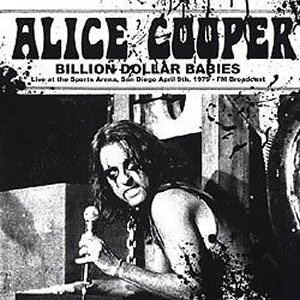 Finally available again. This show was originally released on VHS back in 1979 and has been unavailable (officially, anyway) for more than 30 years. This was recorded live on April 9, 1979, in San Diego during a stop on the Madhouse Rock Tour, in support of the From The Inside album. The show was inspired by Coopers stay in a New York sanitarium and the people he met there. Vincent Price introduces the proceedings as ghoulish doctors and transvestite nurses cross paths with dancing bottles of alcohol. All the while, Cooper performs songs from his From The Inside album and a healthy serving of his other hits. A few songs from the show were omitted to fit the vinyl but it doesnt take away that much from this extravaganza show.