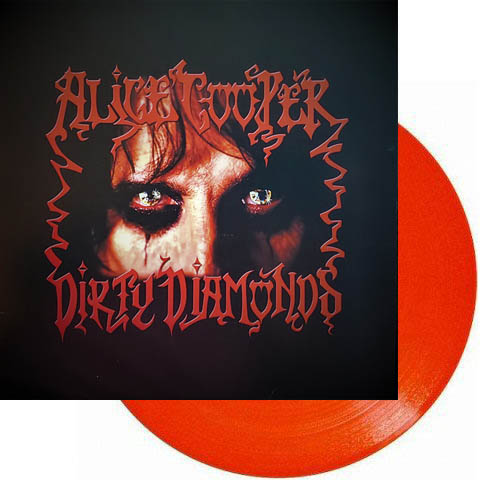 When the big fat advances from big fat record companies dried up, Alice Cooper pared down his sound and came to terms with his inner garage on the nearly overdubless The Eyes of Alice Cooper. The album was worthy redemption from the big-money blandness of his mid-’80s recordings and a nice return to form after flirting with the industrial-flavored metal that defined his late-’90s material. Dirty Diamonds stays the course, and while it’s not Killer or Love It to Death, it at least sounds like it’s from the guy who was responsible for those classics. Fortunately, Alice is well aware of his age, and without teen angst as his focus, he turns to hedonism, sexy women, and sly, sicko humor played bar band style by one of the tightest crews he’s ever fronted. Delivered in an exaggerated Johnny Cash style, ‘I’m in jail in a Texas town/In my sister’s wedding gown’ opens the bizarre ‘The Saga of Jesse Jane’, a tale of a trucker who drives his rig all night listening to Judy Collins. It’s inspired, as is the cover of the Left Banke’s ‘Pretty Ballerina’ (harpsichord, flute, and all), the reckless party tune ‘Steal That Car’, and the slinking ‘Six Hours’, which smells a lot like Cooper during his Bob Ezrin heyday until the dramatic bridge comes along and makes the likeness uncanny. The album is filled with surprises, but recalling his Flush the Fashion era with the robotic snarl on ‘Your Own Worst Enemy’ takes the cake for Cooper fanatics. The catchy ‘Perfect’ is a worthy single and the filler is clearly marked ‘bonus track’. Ending the album with the Southern-fried, horror show ‘Zombie Dance’ would have made more sense, since ‘Stand’ with rapper Xzibit — lifted from Unity: The Official Athens 2004 Olympic Games Album — is silly and forced. Those are traits the rest of this fine album avoids like they were poison, or for that matter, ‘Poison’.