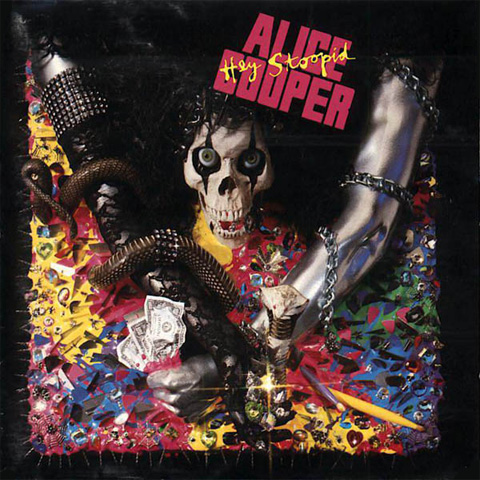 Featuring alot of guest musicans like Nikki Sixx, Mick Mars, Ozzy, Joe Satriani, Slash, Steve Vai and Vinnie Moore. Unfortunately, the return to the high end of the charts that Alice Cooper enjoyed with 1989’s Trash was short-lived. On his similar follow-up — another slick pop-metal effort — Cooper no longer had the input of hit producer/songwriter Desmond Child, and worked with Peter Collins instead. The result is an album that, although generally enjoyable and far from bad, isn’t essential. The CD’s more memorable offerings include the clever and amusing “Feed My Frankenstein,” the dramatic “Love’s a Loaded Gun,” and the inspired title song — which admonishes rockers not to self-destruct. But despite its strong points, Hey Stoopid is for only Cooper’s more devoted followers.