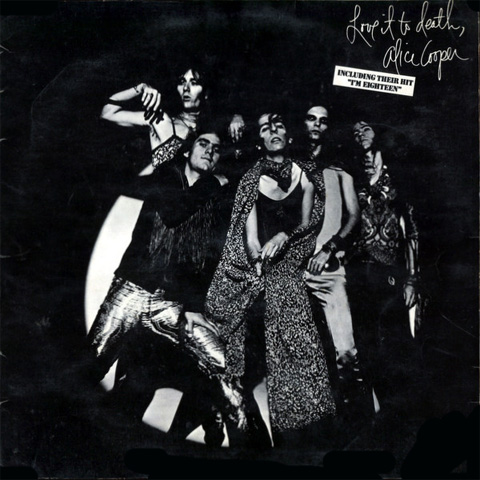 Alice Cooper’s third album, Love It to Death, can be pinpointed as the release when everything began to come together for the band. Their first couple of albums (Pretties for You and Easy Action) were both largely psychedelic/acid rock affairs and bore little comparison to the band’s eventual rip-roaring, teenage-anthem direction. The main reason for the quintet’s change was that the eventually legendary producer Bob Ezrin was on board for the first time and helped the Coopers focus their songwriting and sound, while they also perfected their trashy, violent, and theatrical stage show and image. One of the band’s most instantly identifiable anthems, Im Eighteen, was what made the album a hit, as well as another classic, Is It My Body. But like Alice Cooper’s other albums from the early ’70s, it was an incredibly consistent listen from beginning to end. The garage rocker Caught in a Dream as well as the ass-kicking Long Way to Go and a pair of epics — the Doors-esque Black Juju and the eerie Ballad of Dwight Fry — showed that Alice was easily in league with other high-energy Detroit bands of the era (MC5, Stooges). Love It to Death was the first of a string of classic releases from the original Alice Cooper group.