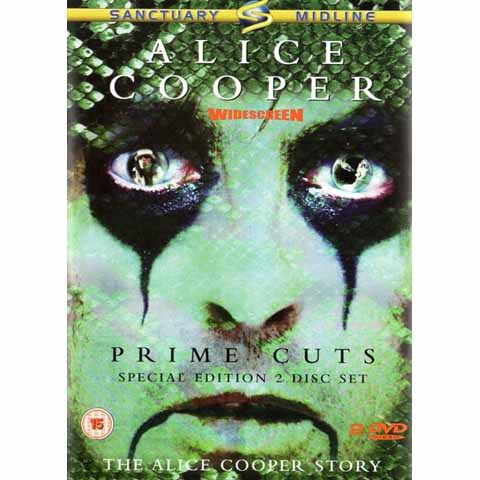 When Alice Cooper (real name Vincent Furnier) burst onto the rock scene in the late ’60s, all hell broke loose, or so thought most conservatives anyway. The shock-rocker’s debut album, Pretties For You, was released in 1969 and by the mid-’70s Alice Cooper was one of the biggest names in the world of rock’n’roll. Albums such as School’s Out (1972), Billion Dollar Babies (1973), and Welcome To My Nightmare (1975), are now regarded as classics, and each title track became a hit in its own right. Throw in other hits such as How You Gonna See Me Now?, You and Me, Poison, and the gorgeously downbeat Only Women Bleed, and you have some serious street cred and a respectable career. It was the clever blend of B-grade horror and hard rock music that attracted the kids and wound up the adults. And, of course, the more you wind up the adults, the more the kids want to be in on it – you gotta love the simplicity of it all. Alice Cooper is still recording new material, and whilst there will always be a fan base (and countless imitators – hello, Marilyn Manson?), it’s probably fair to say that Alice’s golden period is probably well and truly over. The main feature in this two disc set, Prime Cuts, was made in 1991, and is a documentary style presentation with many well known hits interspersed with snippets from Vincent himself (who still refers to Alice Cooper in the third person). It includes comments and observations bordering on worship, from fellow band members, rock friends such as Ozzy Osbourne and Slash (without the hat no less), and various other industry types. The assorted video clips and live performances vary in quality (see below) and few, if any, are full song presentations. I think serious fans will be a little disappointed by this. The second disc, Extras, is even more interesting and includes more interview footage than music. For the casual fan, it is quite easy viewing. It covers Alice Cooper’s entire career up to and including the Brutal Planet Tour. The quality of the footage varies greatly, but includes some interview footage from as recently as 2001. The last segment of film is a live performance of Brutal Planet, and is the only song that is genuinely good quality. A full length DVD release of the Brutal Planet tour would be a better treat for fans. The content is interesting enough, even to this half-arsed Alice Cooper fan, and it’s obvious that there is a definite distinction between Alice Cooper and Vincent Furnier. Vincent (I wonder if he minds if I call him Vince?) seems to be a fairly nice chap who set out to be a star, and knew how he was going to achieve the dream – by shocking people into noticing. They say there’s no such thing as bad publicity and I think Vince would agree. He even recounts, with footage, a certain concert and a certain incident with a chicken (no, it’s not what you’re thinking), and remembers the press that it attracted. He also discusses his manipulation of the press, the wearing of make-up, the boa constrictor, and his enthusiasm for theatrics in rock, especially his own horror-styled antics. It is not exactly a tell-all expose, and no doubt fans will have seen or heard it all, but it is still an interesting look at the career of a genuine entertainer. Vince does talk about the ups and downs of his career, his alcohol addiction and subsequent rehab, but never reverts to preaching. For fans, this is an interesting look at the man’s career with considerable input from Vince himself. It is not a full-length concert, nor a collection of videos, but a loosely edited documentary. Let the nightmare begin. On disc 2 you have the ‘Snakes And Ladders’ game that many people, including myself, seem to have a problem getting past. There’s a way to cheat this by using a short-cut to get past thisy game. Using the dvd players’s remote control, manually input Title 2 and Chapter 1. That will take you directly to the over 80 minutes of never-before-seen interviews and concert footage.