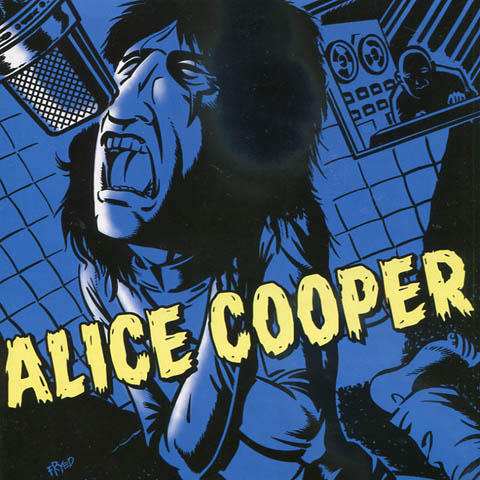 This limited vinyl single features the rare track Son Of Billion Dollar Babies which is an 1973 rehearsal outtake version of the track Generation Landslide. On the B-side we find Slick Black Limousine, a track that was recorded during the Billion Dollar Babies sessions.It’s a rock’n’roll type song and very different from the usual band sound. Touring guitarist Mick Mashbir played additional guitar. And Mick has this to say; This came out of us joking around about the blues. AC was calling himself Blind Lemon Chicken Cooper. As I remember this was done just for fun in a few takes. I don’t think there was any intention of it ever being on B$B, maybe as a “b” side for a single. Alice explains that Slick Black Limousine is more than a good natured send-up of the Hillbilly Wild Cat. I don’t always wanna be known as Alice Cooper the snake charmer. I want to expand the whole Alice Cooper idea. I want Alice to be a lot of other things. On this particular record, it’s Alice Cooper — greasy rocker. Slick Black Limousine expands the whole concept of the Elvis thing, and at the same time it expands what Alice Cooper is really capable of doing. And this is just the beginning. ‘Limousine’ is our idea of Elvis in ahead-on collision with drummer Sandy Nelson.