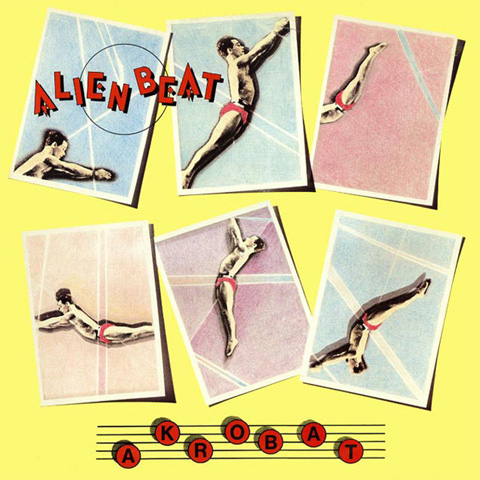 The Stockholm based Alien Beat started out in 1977 as Cathy And The Heat but two years later they kicked their singer Katti and changed their name to Alien Beat. The band continued with a female vocalist in Åsa Johanna Axelson for a short while but it was when vocalist Sebastian Håkansson (Harlequin/Transmission) stepped in that things started to happen. They signed a record deal and released three singles and one album. Around this time the band headed away from their punk influences and headed more into a power pop direction. The band were on both national radio (Tonkraft) and TV (AB Svensk Rock) and toured all over Sweden to promote Acrobat. This lead to a new record deal with the bigger Parlophone Records but when their first single for their new label, Kärlek In Blanco, didnt help the band to a higher level they all felt that they had come to the end of the road and called it a day. Fred Asp went on to Reeperbahn and Imperiet.