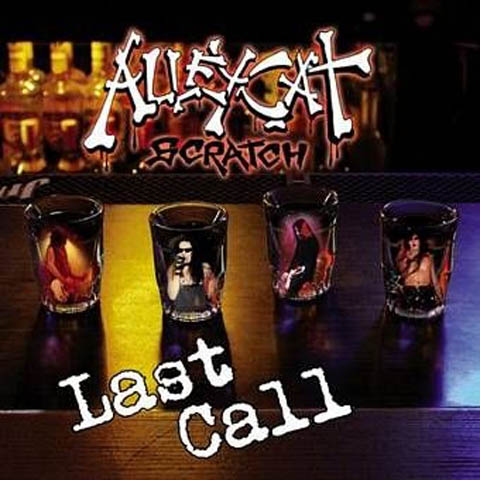 So What is Last Call? Well in a way it’s a Farewell and a thank you to the die-hard Alleycat Scratch fans. The kings of sleaze, Alleycat Scratch only released a highly sought after and highly collectible single release (Deadboys In Trash City) in their short lived career. While they gained notoriety on the L.A Scene, and in the undergound through word of mouth (and bootlegs), their material was elusive and limited. So the band wanted to give their fans one last curtain call. Last Call is a brand new album of old unreleased recordings from one of the sleaziest metal bands the world has ever known. The album features 4 studio tracks that have never seen the light of day, followed by 14 live tracks recorded at legendary clubs like The Roxy, The Troubadour, and The Mason Jar during 1993-1994. The live material features originals and a few cover tunes. In addition, the band has included a bonus dvd featuring two of their legendary shows at Roxy and some behind-the-scenes-footage.