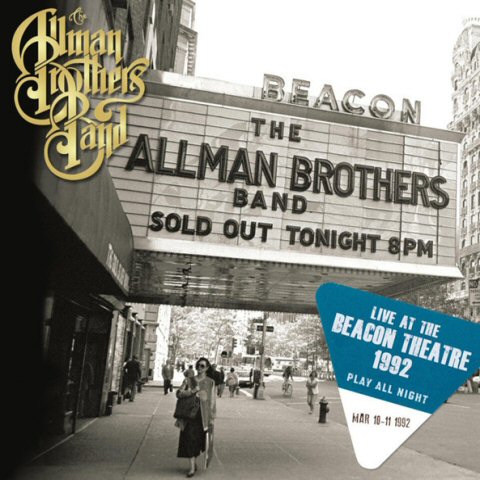 If truth be told, the Allman Brothers Band have always been the quintessential American rock band, shaping a rootsy mix of blues, jazz, country, and rock into an elegant, nuanced sound that single-handedly created what became known as Southern rock. Full of beautiful dual guitar leads and driven by double drummers, and possessing a lead singer who, when he was on his game, had as much soul as anyone around, the Allman Brothers Band were also an improvisational band who found all kinds of new corners in their classic catalogue when they played live, no matter what the configuration of the band was at the time. It’s no coincidence that the group’s first live album, 1971’s landmark At Fillmore East, was the one that broke them commercially, because it showed this always impressive band in its natural habitat. So why does the world need another live Allman Brothers Band release? There have been several already since At Fillmore East, and most feature the same classic songs from the band’s early legacy. The show’s the same, or at least most of the set list is. But the world can always use another live Allman Brothers Band release — perhaps it helps to think of this band in the same way one looks at the various classic quartets and quintets of jazz artists like Miles Davis or John Coltrane. It’s the songs, yeah, but it’s also who’s playing those songs, and all the little improve twists and turns that come with that. This live set was drawn from two shows of a ten-show run the Allman Brothers Band did at New York’s Beacon Theatre in March of 1992, and it was with one of the best versions of the post-Duane Allman band in the middle of a triumphant and revitalizing tour, featuring the guitars of Dickey Betts and Warren Haynes, Butch Trucks and Jaimoe on drums, percussionist Marc Quiñones, Allen Woody on bass, and a nightmare-is-over Gregg Allman singing and playing organ like his old self. The catalogue gems are here, from “Statesboro Blues” through “Blue Sky,” “Midnight Rider,” “Jessica,” “In Memory of Elizabeth Reed,” and “Whipping Post,” and the band performs them like they’re all brand-new, with spirit, precision, grace, elegance, and grit. One could argue that America has never produced a better live rock band, and that they’ve been that through all kinds of tragedy, upheaval, and personnel configurations is nothing short of amazing. The more live Allman Brothers Band shows we get to enjoy in this world, the better. It’s that simple.