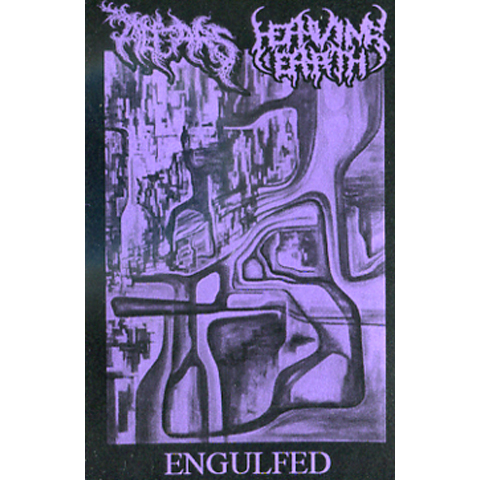 This is an excellent split of two heavy-weight death metal bands, namely Altars and Heaving Earth. offering two tracks each. Altars from Australia were formed in 2005, they have released one demo Altars in 2008 and a split with Tzun Tzun. They perform heavy and brutal US Death Metal and what makes them awesome is that the two songs Husk and Descent (Paramnesia, Part I) offer a lot of dynamics and variation combined with the best of everything you can wish for. The riffs of guitarist Lewis Fisher are excellent. Vocalist Cale Schmidt delivers some perfect grunts. Drummer Alan Cadman probably plays the biggest role here with some original fills and putting the appropriate gear to the right section to keep the stream of intensity flow faster. The production sounds as raw as a rehearsal without losing any details and adds some spontaneity on top of the brutality. Heaving Earth, from Prague, are a good sparring partner and the better known of these two, offering a different approach both musicwise and production-wise, while keeping the brutality flourishing. Their style sounds like a mix of Vital Remains, Immolation, Hate Eternal and Zyklon. Especially the guitars have a similar mania as late Immolation, but it sounds solid and would go too far to accuse them of copying. The production is cleaner than the one of Altars but still heavy enough to blow you away.