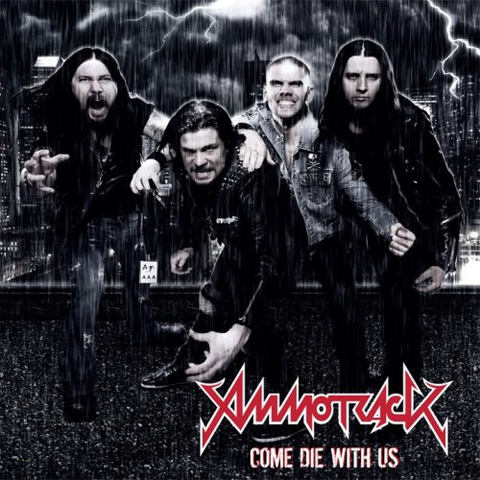 Ammotrack –Come Die With Us cd

Ammotrack was formed in Skövde, Sweden 2004 and they started to gain attention already with their self titled debut album. Their music combines heaviness with melodies and lots of attitudes. A few years later it was time for album number two and this time the band aimed big. They borrowed more from Hardcore Superstars and paid celebrity photographer Bingo Rimér to shot the cover photos. Tours with Hardcore Superstars and D.A.D. which opened up more doors. The music here has big choruses and some typical clichés but it works and they havent forgotten how to ad some greasy groove that others lack.