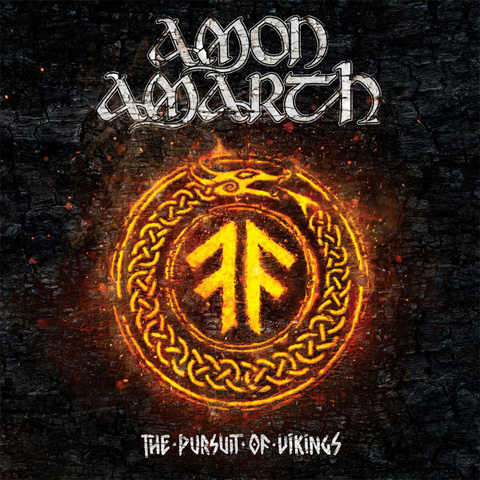 Double album with gatefold cover and insert. US only press on orange and red marbled vinyls. Limited 250 copies

Viking metal pioneers Amon Amarth is a band that really needs no introduction. Their live recording at Summer Breeze on the 17th of August 2017 is a celebration of their twenty-fifth year in the industry. During their appearance at the mainstage the band played sixteen blockbuster songs. Blockbuster in a way that it is very difficult if not impossible to pinpoint which song was the highlight of the performance. To be precise, the set includes all-time favorites such as The Pursuit of Vikings, Deceiver of the Gods, Destroyer of the Universe, Guardians of Asgaard and their latest hits The Way of Vikings and Raise Your Horns. They also had a surprise addition in the Main Stage performance when they called Doro Pesch to the stage to lay down their collaborated song called A Dream That Cannot Be. The performance is so epic and you can say that the crowd approved it by the way they reacted. The overall performance is simply epic. The energy they possess from the opening beats until the dying notes of the sets never faded. In fact, you won’t even imagine that this was already their twenty-fifth year doing this stuff basing on the explosiveness of their performances. It really seems like they never aged. It’s a great treat not only to the fans who have been following them since their first steps but also to those who just discovered them along the way.