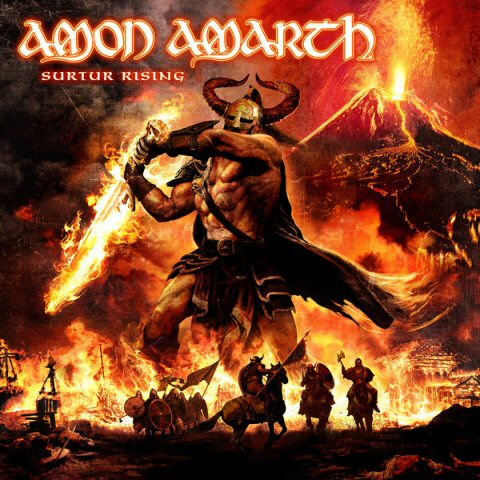 Surtur Rising is Amon Amarths eighth studio offering in a winding discography that’s helped shape the very face of epic, Viking-inspired death metal. Named in tribute to Surtur, leader of the fire giants of Muspelheim (‘flame land’) and the oldest being in the nine worlds of Norse mythology, the record was recorded, mixed and mastered at Fascination Street Studios Orebro, Sweden with Jens Bogren and bears the striking cover art by Tom Thiel.

Track listing:
1. War of the Gods
2. Tock’s Taunt – Loke’s Treachery Part II
3. Destroyer of the Universe
4. Slaves of Fear
5. Live Without Regrets
6. The Last Stand of Frej
7. For Victory Or Death
8. Wrath of the Norsemen
9. A Beast Am I
10. Doom Over Dead Man