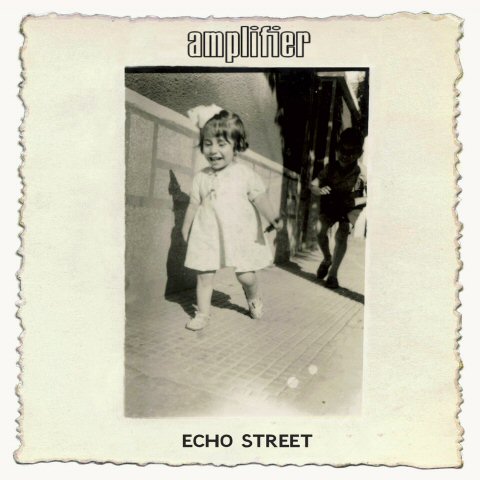 Echo Street is Amplifier’s 4th studio album. This album also shows a noticeable change in the band’s sound, as it contains significantly more Space Rock. The heavy Alternative Rock sound is still there, but it no longer takes centre stage which should please most people on this site. The title track (which happens to be my favourite song on the album) could be described as pure space rock and is full of distortion and walls of noise that swirl around your head. Despite the noise of the title-track the overall trend is that the band have toned down the “noisy rock” assault that has up until now been part of their trademark sound. It’s not that it has disappeared completely from most songs, but now the listener has to be a bit more patient before things really get going. For example “Matmos” starts incredibly slowly with a minute of drone sounds and then another 4-5 minutes of steady (but enjoyable) build up before they let loose. This may be a problem for some people, but for me it shows a sign of maturity as they have dropped the quick frills and are trying to broaden their horizons. There are some teething problems to be found with their quieter songs. “Paris in the spring” has some interesting atmospheric sections, but they are poorly joint together which ruins the flow of the song. “Mary Rose” has a similar structure to “Matmos”, but the slower section at the beginning has no build-up and so stagnates. The best written song on Echo Street has to be the 12 min epic “Extra Vehicular” which has excellent flow and all of the sub-sections fit together perfectly. Oh, and the last 3-4 minutes is one long space-metal instrumental that packs one hell of a punch! So they can still rock hard when they want to, but they now know when the time is right. This is a great all round album and well recommended to all Porcupine Tree fans and those who like Alternative and Space rock. Keep it up!

Track list:
1. Matmos
2. The Wheel
3. Extra Vehicular
4. Where The River Goes
5. Paris In The Spring
6. Between Today And Yesterday
7. Echo Street
8. Mary Rose