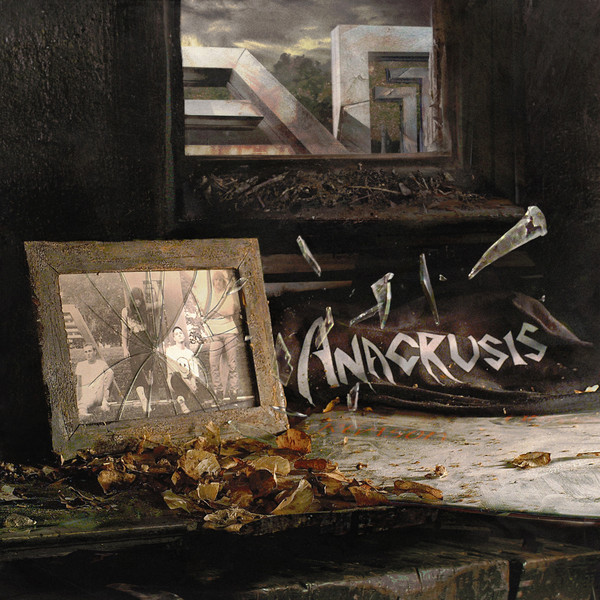 Double album on black vinyls with gatefold cover and a 12 page booklet with liner-notes from Niels Schroeter at Metal Blade and comments by the band members. Limited 400 copies

Hindsight Reason Revisited contains 15 songs including their second album Reason completely re-recorded with all four original members. Also includes is two live tracks from the 2010 reunion show and two demo tracks from 2009. Hindsight Reason Revisited brings new life and clarity to these thrash classics . About the 1993 Reason recording: By the start of the 1990s, the global thrash metal scene had become quite stagnant, as countless unwashed upstarts and the few major players alike (Metallica and Anthrax included) gradually succumbed to unimaginative repetition, thus paving the way for the rise of more viable extreme metal alternatives like grindcore, death metal, and black metal. This left only a handful of noteworthy progressive thrash bands like Switzerland’s Coroner, Canada’s Voivod, and America’s own St. Louis-based Anacrusis that seemed capable of moving the genre forward, and even they would have to do so more for the glory of critical acclaim than commercial success, as the grunge era lay just around the corner, ready to smite all and sundry unmercifully. In the case of Anacrusis, 1990 saw the release of their sophomore album, Reason, which polished some of the songwriting rough edges (not to mention the overall production) that had troubled 1988’s first attempt, Suffering Hour, while concurrently expanding upon many of its avant-thrash ideas. Their progress can be gauged upon the uncommon melodicism displayed by album opener “Stop Me,” the stunningly technical twists and turns of “Wrong,” the haunting atmospherics of “Afraid to Feel,” and the brooding, “here comes the pain” buildup and consequent mosh-out delivered by “Quick to Doubt,” just to name a few. But the band’s almost reckless coupling of ideas still bred a few imperfect mutations where not all of the disparate elements could quite gel, such as the awkward “Misshapen Intent” and “Child Inside.” Everything considered, though, Reason signified another promising step forward in Anacrusis’ development, and gave thrash metal fans of the period something provocative to look forward to amid the genre’s overall decadence.