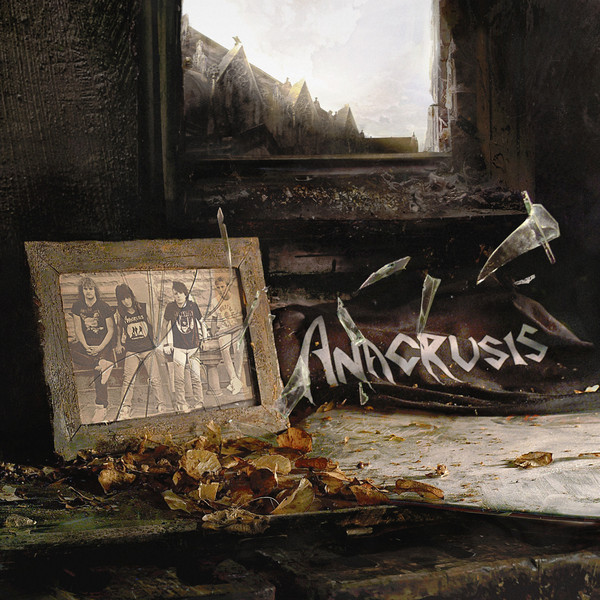 Double album on black vinyls with gatefold cover and a 12 page booklet with liner-notes from Bernard Doe at Active Records and comments by the band members. Limited 400 copies

Hindsight Suffering Hour Revisited contains 15 songs including their debut album Suffering Hour completely re-recorded with all four original members. Also includes is a brand new recording of the previously demo-only track Apocalypse, two live tracks from the 2010 reunion show and two demo tracks from 2009. Hindsight Suffering Hour Revisited brings new life and clarity to these thrash classics . About the 1988 Suffering Hour recording: Although Anacrusis debut album, 1988’s Suffering Hour, was marred by faulty production that buried its songs under an inordinate amount of reverb, what this geographically isolated and wholly independent band from St. Louis accomplished with its own limited resources — on its first attempt, no less — was still nothing short of a miracle. If anything, Anacrusis’ only mistake was aiming so high with their extant instrumental chops and songwriting ambitions that these production issues were cast in sharper relief, while simultaneously directing unwanted attention on the somewhat disjointed arrangements affecting a few of the group’s more complex songs (e.g. “A World to Gain,” “Annihilation Complete/Disemboweled”). One final gripe can be made about Kenn Nardi’s rare lyrical misstep (“Frigid Bitch”) and inconsistent vocal performance, which ranged from impressive melodic singing (certainly by thrash metal standards) to screeching like a cat being strangled, and there’s nothing left but praise for Suffering Hour’s many achievements. Simply put, impressively rendered highlights like “Present Tense,” “Imprisoned,” and “Butcher’s Block” exemplified progressive, thinking man’s thrash at its best, while embracing melody like few of their late-‘80s peers dared or, frankly, even knew how. Dynamic variety is likewise hardly out of bounds to Anacrusis, as proven by the softer passages contained in tracks like “R.O.T.” and the towering epic “Twisted Cross,” both which duly detonate into cathartic moshing before too long anyway. At the end of the day, this openness to diversity ultimately elevates even a formative effort like Suffering Hour above the abundant mediocrity fast encroaching upon the thrash scene by the close of the 1980s.