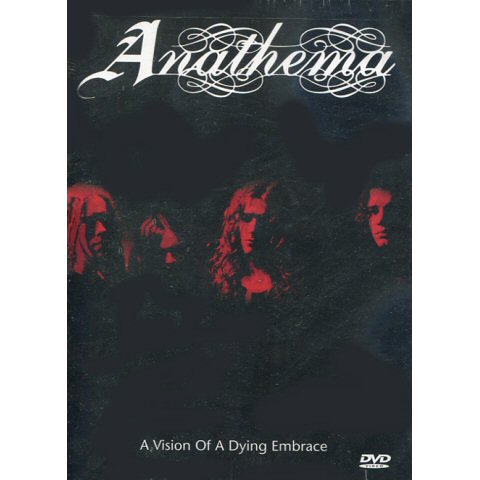 Anathema -A Vision Of A Dying Embrace dvd

A Vision Of A Dying Embrace features 4 promo videos with Anathema together with a live show, recorded in Krakow, Poland on the 1st of March 1996. The performance consists of 8 songs, 5 from The Silent Enigma and 3 from albums which were recorded with Darren White. I am a great fan of this band, especially of The Silent Enigma and Eternity albums, and as you probably know, it has many parts which are sung gutturally. This guttural aspect of the vocals is very important in the record. For example, the powerfulness of Restless Oblivion rests on Vincent Cavanaghs great guttural sound; the same happens with Shroud of Frosts chorus; and with Sunset of Ages last four lines. The force and dark atmosphere of A Dying Wish is almost unimaginable without the mixture between the guttural and the deep painful vocals. If you, as I, think this is very important for the songs to be as good as they were originally recorded, then you will be disappointed with this live recording. Vincent does not sing as he did for the record, he just screams, but he does not reach the guttural sound. However the band sounds like a tight unit and especially Sleepless and The Silent Enigma sounds incredible. Shroud of Frosts last lines are maybe the greatest part because of Vincent’s penetrating voice, the beautiful lyrics and the sublime music. This was originally released on VHS back in 1997 so this dvd re-issue comes with dolby 2.0 sound