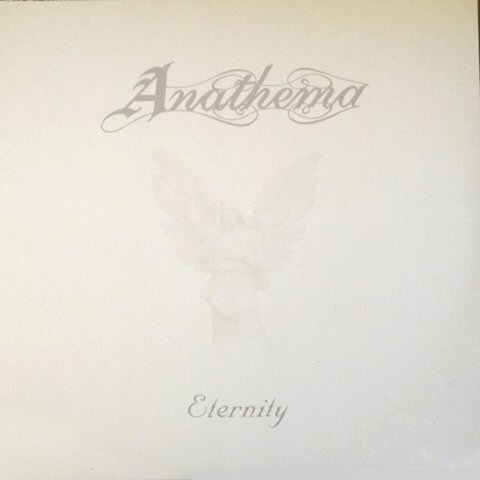 2013 double album on black vinyls with gatefold cover and two bonus tracks. Duncan Patterson, the band mastermind at the time, wanted Eternity to be Anathema’s White Album. He wanted the cover artwork to pay homage to the Beatles classic, but Music for Nations considered the concept uncommercial. So the album cover ended up sporting an image of an angel lost in cheesy CGI space. This 2013 reissue has the music spread over two albums for maximum fidelity – the original MFN vinyl had everything stuffed on one platter – and it also features the artwork as Patterson originally wanted it to look.

Although the British band Anathema left their traditional death metal sound behind on The Silent Enigma with guitarist Vincent Cavanagh taking over vocals duties from growler Darren White, the dark themes continue. Shifting their morbid focus from God-bashing and destruction, the chaps focus on suicide and the meaningless of life. The blistering guitars have been replaced by atmospheric keyboards making this come off as a twisted combination of Pink Floyd and Peter Gabriel, and there is even some spoken poetry here. As a whole, Anathema has proven that they are an original band, not content to repeat history. Unfortunately, there is a place in this world for such dark subject matter, and for those who care, Eternity fits the bill.