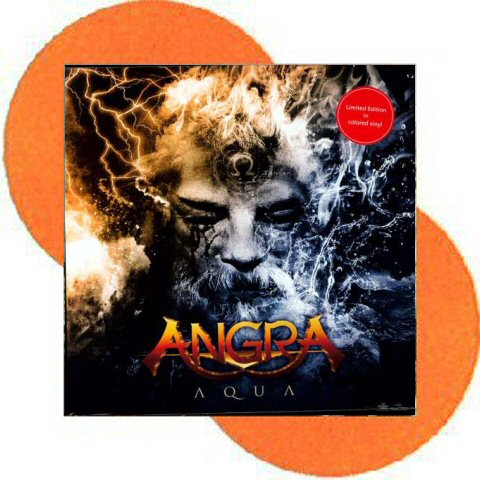 ‘Here we are again. Doing what we love the most, which is to bring our music to the world. That amazing feeling of having our ideas spread among the fans like seeds that will be growing, as people get more involved with the album. Finally, after four years of no work released, we are bringing what in our opinion is one of our best pieces ever composed. ‘Aqua’. Although this album sounds very different then our previous ‘Aurora Consurgens’, there are not many musical differences between ‘Aqua’ and our last three albums. We tried to keep the idea of combining metal with progressive, classic, Brazilian, ethnic, pop and many other styles. The big difference is that this time we were really hit by inspiration. So we wrote almost thirty good songs, and we ended up picking the best ten out of the big list. All the atmosphere of companionship and teamwork was captured in the tracks. We really helped each other on every detail and that’s what made the songs so powerful and special.’ – Angra