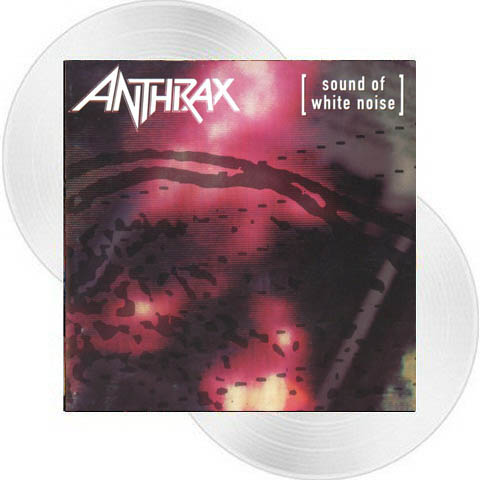 Anthrax replaced longstanding vocalist Joey Belladonna with John Bush (of Armored Saint) and released the surprisingly melodic and predictably pummeling Sound of White Noise. Producer Dave Jerden, who had worked with Bush on the last Armored Saint disc as well as releases for Alice in Chains and Jane’s Addiction, helped Anthrax channel its energy into the shape of the post-Seattle metal sound. This ostracized some fans and attracted others, but the change is incidental; the music is relentless, like a brigade of tanks, and chances are you’ll be too busy running for your life to worry who’s at the wheel. Sound of White Noise cudgels the listener like nothing since Among the Living; Charlie Benante’s drums are everywhere they want to be, a hailstorm of thundering blows backed up by Frank Bello’s basslines. The guitars of Dan Spitz and Scott Ian forsake their usual showmanship for a sludgier attack that’s downright brutal, although some will miss the solos that were often the highlights of their earlier work. And many enjoy the vocals of Bush; he has a lower-register voice than Belladonna, and the result is menacing, premeditated, and sinister. When he sings on “Hy Pro Glo” that “I’ll beat you into overload,” you know he and the band will carry it through. There are so many good songs on Sound of White Noise that no two fans seem to agree on their favorites. “Only” is the obvious choice, “Invisible” and “Room for One More” are hard to argue with, “Hy Pro Glo” and “1000 Points of Hate” are too hot to contain. The infusion of melody into their metal gives the material a lot more personality than their last effort, Persistence of Time, though the lyrics are just as dark. True, Sound of White Noise isn’t a peerless, groundbreaking album like Among the Living or I’m the Man, but it does return them to the esteemed state of metal masters (alongside Metallica and Megadeth) that is their birthright.