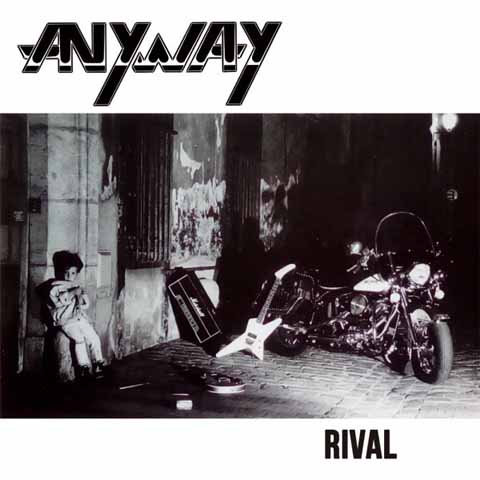 Anyway was a French hardrock band based in the heart of Bourgogne, in the town of Dijon, more famous by its gastronomy than by its rock bands. And yet, Anyway was inflaming French stages for several years with their melodic Hard Rock sung in French. The band debuted with a 4-track demo in 1986 that was followed by the Rival vinyl EP in 1988. This 2017 releases is the first time we have the Rival EP available on cd and it also features the original debut demo as well as 5-tracks from a studio session the band did in September of 1989 that never has been released before. The band would make a tour in the Indian ocean and release a self titled full length album in 1995. More demo work followed until the band called it a day in 1996. This was a band that was influenced by the biggest hardrock acts from America and continental Europe.