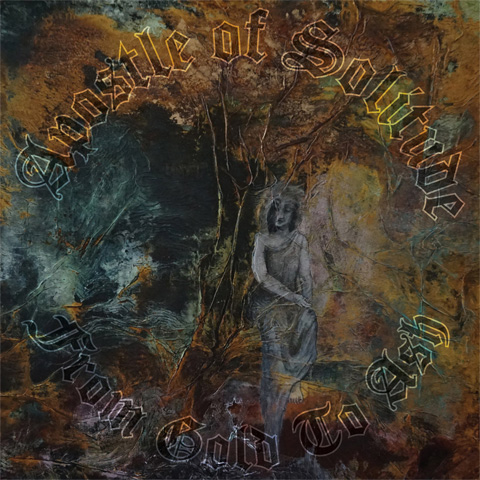 Apostle Of Solitude have been around in some form or another since 2004; the group has made a name for themselves over the past decade as one of the Midwest’s most potent and articulate doom metal exports. Their fourth full-length album, From Gold To Ash, is a mesmerizing statement from these Indianapolis natives. It has colossal riffs, multi layered vocals, and the same particular momentum that made bands like Candlemass so special and drew so many listeners to the genre in the first place. This is the sort of sonic poetry the genre needs to stay alive. One of the things that makes Apostle Of Solitude so exciting is the sheer quality of the guitar work. Their circular riffs create reassuring drones. They have developed a name simply based on the magic of the music. This is doom metal that understands the genre is still fundamentally a variant on rock music; this means that rather than getting lost in esoterica, the group instead focuses on producing tracks that you just want to listen to. Sure some of them might fall into the cliches of the genre, but that’s kind of the point—that’s what makes this fun. From Gold To Ash is going to leave you in awe of Apostle Of Solitude; the record shows us a band who are in love with the emotional power of doom metal and who have the chops to match it. This isn’t another group of pretenders wailing away and recycling the same dull riffs. There are real melodies here and exciting elements that serve to make this a fascinating listen—one where the songwriting really forces you to take note. Perhaps their best-produced offering yet, Apostle Of Solitude keep long-form songs while trimming the fat. Every moment here fits and nothing seems like an excuse just to pad out the record in the name of ‘keeping it slow’ or whatever bullshit the kids are telling themselves these days. This is an album that sounds and feels absolutely massive and I’m excited to keep coming back to it.