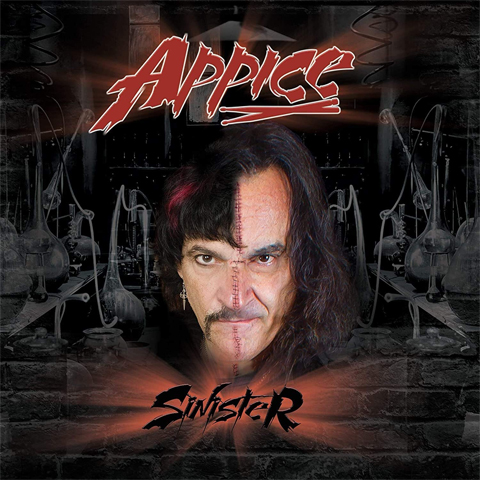 Carmine and Vinny Appice can be heard on numerous legendary albums and have toured all over the world with some of music’s greatest acts. However, with the exception of the live album Drum Wars – Live! (2014), there has been no direct collaboration between the siblings so far. That’s about to change. Sinister is the first joint studio album by Carmine and Vinny aka Appice, recorded with the support of a number of prestigious guests. Killing Floor and Future Past feature the wonderful Craig Goldy (from Dio) (together with bassist Tony Franklin from The Firm), Franklin resurfacing, together with Paul Shortino, on Suddenly and on You Got Me Running. Shortino also lends his awesome vocals to War Cry and the programmatic Monsters And Heroes, the latter also featuring Bulletboys guitarist Mick Sweda, while Shortino teams up with Whitesnake stringsman Joel Hoekstra on War Cry. A few other musicians that appears on this disc are Johnny Rod from Wasp, Phil Soussan from Ozzy and besides Shortino we also have vocal work from Chaz West from Lynch Mob, Frank Appice and Robin McAuley to name a few.