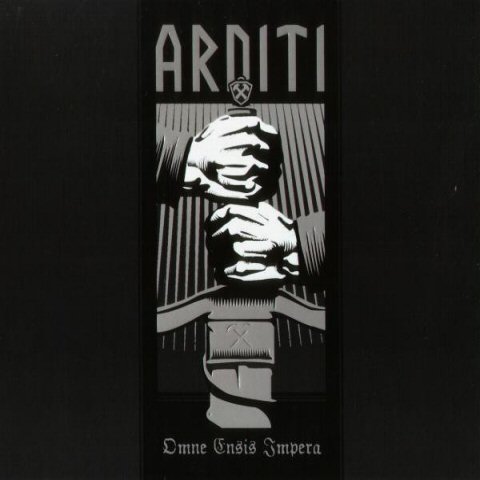 More rigid than Puissance and drier than Triarii, Arditi performs remarkable martial industrial neo classical music. On their 2008 album “Omne Ensis Impera” the duo worked with Kamrat Nordvargr, of Mz.412 and Toroidh fame, who mastered it and created some background sounds on “Profound Truths” and the closing “Endkampf”. Listening to the nine tracks of the album the first thing that got my attention is the whole atmosphere which is sounding less explosive and more balanced. The characteristic choruses and the martial percussions are always present but the overall mood is more based on the tension created than on the power of the sound. Sound, which on this release is less lo-fi oriented, thing that enhance a lot the listening experience. On the booklet there’s a phrase which explain better the aim of the project: “we sing the praise of war. Not for the way it makes people die, but for the way it makes people come alive”. This phrase reconnect their music to the futuristic concept of war seen as a form of art more than a will to revive war ideals. Anyway, Arditi on Omne Ensis Impera succeeded into creating a good album, their best so far.